Confidence Gourmande is a bakery tarterie in Echiré that was born from Eric Chevallereau passion.
After having passed a master’s degree in bakery, he became successively a worker and a bakery trainer where he taught at the Campus des Métiers in Niort during several years. 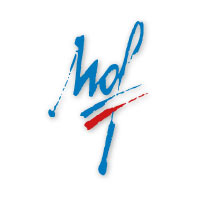 Then, he worked at the Bellot Milling Company in Saint Maixent l’Ecole and prepared the competition for the Meilleur Ouvrier de France Boulanger he obtained in 2007. He participated in the expansion of the brand with the development of new flours, new product lines and recipes.

Since 2009, his bakery consultant activity has led him to travel the world to transmit his passion in India, Japan or Peru. He is actively involved in preserving tradition and baking techniques at various events in France and abroad.

To share his passion and his love of this professionwith the greatest number, Eric Chevallereau created his own company in 2014.

We use cookies on our website to give you the most relevant experience by remembering your preferences and repeat visits. By clicking “Accept”, you consent to the use of ALL the cookies.
Cookie settings ACCEPT REJECT
Manage consent

This website uses cookies to improve your experience while you navigate through the website. Out of these, the cookies that are categorized as necessary are stored on your browser as they are essential for the working of basic functionalities of the website. We also use third-party cookies that help us analyze and understand how you use this website. These cookies will be stored in your browser only with your consent. You also have the option to opt-out of these cookies. But opting out of some of these cookies may affect your browsing experience.
Functional
Functional cookies help to perform certain functionalities like sharing the content of the website on social media platforms, collect feedbacks, and other third-party features.
Performance
Performance cookies are used to understand and analyze the key performance indexes of the website which helps in delivering a better user experience for the visitors.
Analytics
Analytical cookies are used to understand how visitors interact with the website. These cookies help provide information on metrics the number of visitors, bounce rate, traffic source, etc.
Advertisement
Advertisement cookies are used to provide visitors with relevant ads and marketing campaigns. These cookies track visitors across websites and collect information to provide customized ads.
Others
Other uncategorized cookies are those that are being analyzed and have not been classified into a category as yet.
Necessary
Necessary cookies are absolutely essential for the website to function properly. These cookies ensure basic functionalities and security features of the website, anonymously.
Save & Accept